Check out the six most common plastic surgery trends that Australian men and women are demanding. 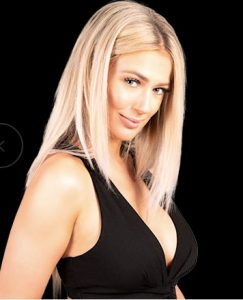 “The general trend is away from invasive surgery towards minimally invasive techniques, including tissue fillers, botulinum toxins, micro needling, and laser has become popular again. Treating noses with fillers, which is not ideal in my opinion – for a series of reasons, not the least due to the risk of complications – has gained popularity in recent times. Botulinum toxin (Botox) in nontraditional areas such as upper lip to achieve longer lip or a curled-up appearance or to the armpit to address embarrassing sweating problems have remained steady. ”

What is trending in Australia?

This procedure involves transfer of fat from non-desired parts of the body to the butt cheeks for a more curvaceous and defined posterior and has remained and gained popularity over the course of the last decade. Recent evidence, however, shows that this procedure, unfortunately, has the highest mortality rate in cosmetic plastic surgery up to 1:3000, which is unacceptable for discretionary cosmetic surgery. This is often related to fat being injected directly into some of the larger veins of the muscles of the buttocks resulting in fat embolus to the lungs, a complication normally seen only in major orthopedic surgery.

Particularly, the neck and the upper chest that bear the brunt of sun exposure are often requested. The upper chest wall skin being addressed separately with options including micro-needling and laser. The neck is best rejuvenated with surgery, threads and injections are not long-lasting, natural or ideal in my opinion despite their proponents claims. In both groups, these procedures have gained in popularity in men in recent years. This is related to our changing attitude regarding cosmetic surgery and appearance of men in recent times.

A new procedure which has recently gained popularity is ex-Plantation, that is removal of the implant and its capsule en bloc (meaning in its entirety). Despite lack of any convincing scientific evidence in the literature, there is definitely a population group that I see that report ill-defined, but general symptoms of unwellness starting after having their implant surgery. This group of patients requests to have their implants and capsules removed completely. A large number of these patients return reporting a significant and undeniable rapid improvement in their symptoms after the removal of their implants. Breast reduction surgery remains popular across all groups and they are some of our happiest patients as a significant relief in their functional status as well as often a significant improvement in their self-confidence which is reflected in their satisfaction.

Increased popularity of bariatric surgery, in particular, gastric sleeve surgery addressing and resulting in significant weight loss and improvement of clinical parameters. The final step of their journey who have suffered lifelong battles with weight remains shedding the excess skin to reflect their newfound good health and confidence. We are seeing more men undergoing this procedure too, which often includes addressing man boobs or gynecomastia at the same time. Mommy makeovers remain popular with mothers who have finished their family planning and are keen to rejuvenate their figure to restore their self-image and self-confidence.

As we age our fat subcutaneous compartments (fat just immediately soared under the skin that helps our skin feel and look supple) deflate as part of the aging process. This loss of volume takes away from their normal elasticity and turgor of the skin of the back of the hand. Transfer of fat from other non-desired parts of the body has the dual effect of rejuvenating the overlying skin with possible adults stem cell effects, as well as addressing the deflation of the fat compartments.