Nell Archer made a decision that many mums do when they’ve decided they’re done having kids.

“After I finished breast-feeding my third child, I decided to get some silicone implants to give me back my shape,” Nell tells Mamamia.

Nell was initially happy with the results. Then, within just three months of the surgery, the 51-year-old mum of three began to notice changes in her body. Her hair was breaking off. And, where she once had boundless energy, she was now constantly fatigued.

But it would be another eight years before she officially worked out the cause of her illness, when she had her silicone breast implants removed.

“I spent years going to immunologists, and various doctors, trying to find a diagnosis, so I could just know what was wrong,” Nell says.

“It was unbearable, living the way I was. I had terrible brain fog, I couldn’t think straight. A lot of shoulder pain. Digestive problems, insomnia, itchiness – everything.” 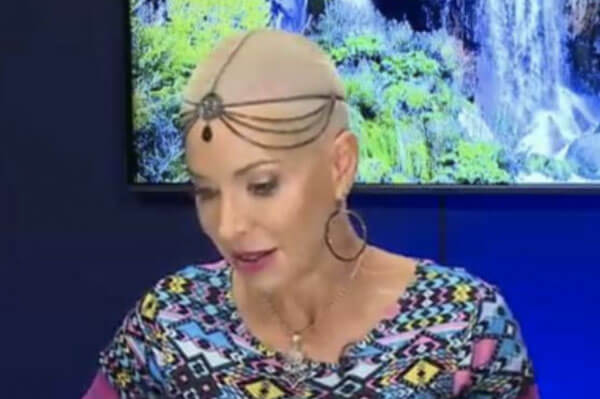 Nell, a year after her breast augmentation, when her hair had broken off and she had patches of alopecia. Image: Supplied

“Having my kids see me so sick was the worst part.”

Nell found that she couldn’t lift her arms above her head, which rendered it impossible for her to work in her occupation as an Intensive Care nurse. Naturally, it also impacted her ability to be the mum that she wanted to be to her teenager, and two other children under ten.

One day, in total frustration, Nell googled her symptoms, and made a discovery that would change everything.

“I discovered there was such a thing as ‘breast implant illness‘ – that’s the name the sufferers use. I found all these online groups of women who were going through the same thing,” she says.

Although there’s no clear scientific evidence of breast implant illness, it is the term used by sufferers to describe the collective symptoms of the body responding to their implants.

The online groups, which Nell became a part of, were also full of hundreds of women who had all their symptoms disappear as soon as they had their implants removed.

Nell was terrified, but she knew what she had to do. She decided to get her implants taken out. 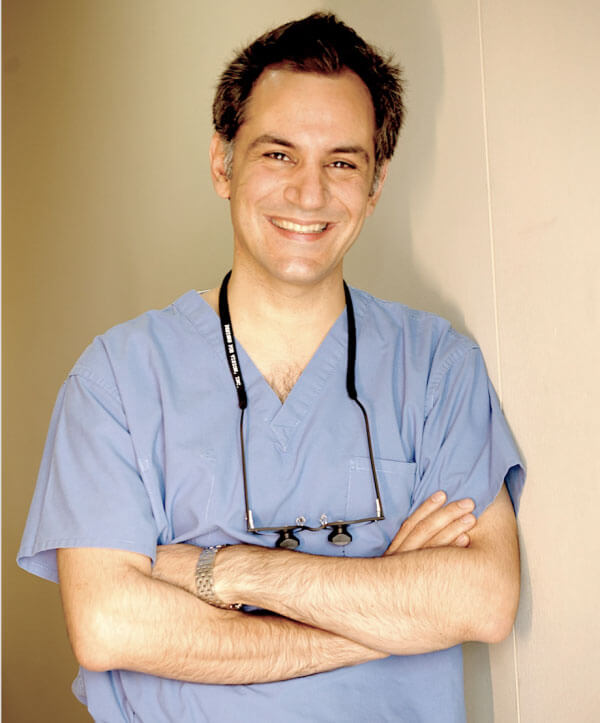 “I wanted to find someone who would do an excellent job, who really knew what he was doing,” she explains.

Dr Farhadieh came highly recommended, and Nell felt comfortable with him as a surgeon.

“He’s a reconstructive and plastic surgeon. I knew I needed someone skilled, as they would also have to remove some of the tissue surrounding the implants,” Nell says.

Dr Farhadieh explained to Nell, and to Mamamia, that whilst there is no definite, reported evidence that breast implant illness will be cured by the removal of implants, in his experience, “every single patient feels better after the removal”.

“The evidence can’t be denied that lots of patients genuinely feel instantly better,” he adds.

Dr Farhadieh further explains, “Breast implant illness, where a silicone implant was used, has been associated with connective tissue disorders, which explains symptoms such as the shoulder pain that Nell was suffering.”

The symptoms do not necessarily occur because the implant is leaking, as people commonly believe.

“Evidence of silicone has been found in patients’ lymph nodes, which is believed to be the cause of their symptoms, but it’s not because the implant has ruptured,” Dr Farhdieh says.

“Basically, they have had an immunological reaction to a foreign body.” 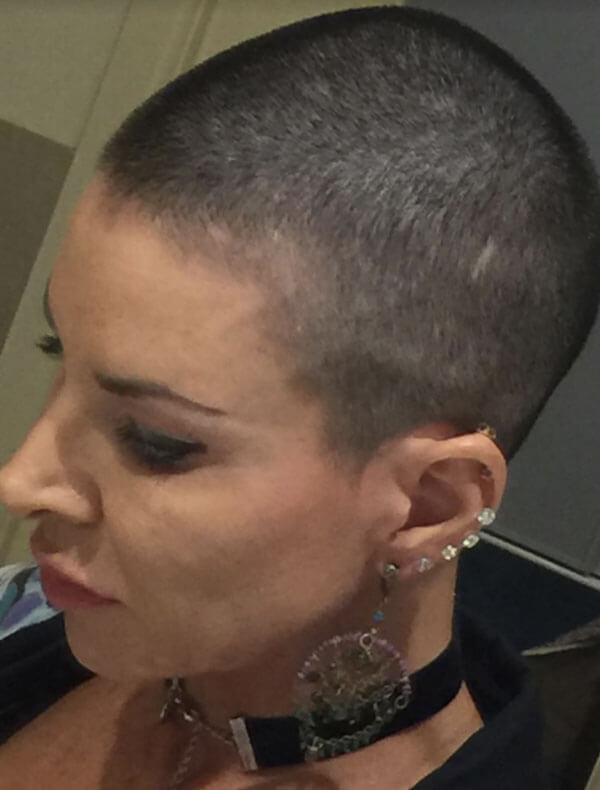 Nell post-explant, with her hair growing back. Source: supplied.

Dr Farhdieh notes that the procedure using silicone implants has not been unendorsed by the Therapeutic Goods Administration. He also explains that he fully informs every patient of all known potential outcomes and risks.

To Nell, Dr Farhdieh is a hero.

Almost immediately after her surgery, Nell’s symptoms eased – and some even completely disappeared. Almost a year later, Nell reports: “I do still have some issues, but overall, I’m much better.”

But for Nell, the surgery alleviated years of anxiety, and giving her hope for a better future.

“Breast implant illness stole who I was – and that’s what came back immediately. The woman I used to be before the implants.”