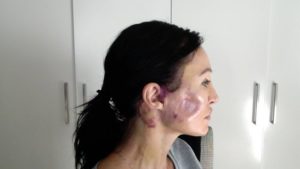 Doctors have warned against getting cosmetic procedures ahead of ‘party season’. Image: Supplied

CLOSE TO 100,000 AUSTRALIANS ARE EXPECTED TO UNDERGO COSMETIC FACIAL PROCEDURES AHEAD OF THE BIGGEST EVENTS ON THE SOCIAL CALENDAR THIS SUMMER, PROMPTING EXPERTS TO ISSUE A WARNING.

In the lead up to the Melbourne Cup, cosmetic surgeons have issued a national warning on risky botox and cosmetic injectables procedures that can lead to tissue death and blindness.

Latest figures from NSW Fair Trading show there were 287 beauty service complaints in 2017, up from 77 the previous year, a 273 per cent rise.

“There is a major misconception in Australia and around the world that botox and dermal fillers are beauty treatments, in the same category as facials,” Dr Ron Feiner of The Australasian College of Cosmetic Surgery said. 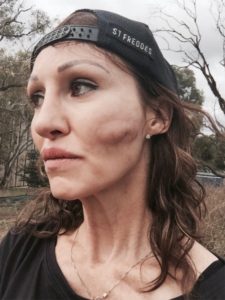 Jenny Whinnall lost half of her face after getting ‘permanent’ fillers by a GP. Image: Supplied

Jenny Whinnall said she lost half of her face after getting ‘permanent’ fillers by a general practitioner who didn’t have the proper qualifications.

Whinnall said she suffered from anorexia as a child and has struggled with self-confidence and self-worth. She decided to get the fillers in 2013 to ‘fatten up’ her face.

“If I looked nice, maybe I would feel nice and I wanted to do whatever it took to look good,” Whinnall told 10 daily. 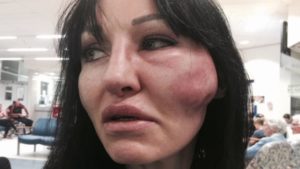 After the filler procedure, the 52-year-old said she noticed a lump on her face that was about the size of a ten-cent coin.

She went back to her doctor several times seeking a remedy but the lump continued to grow.

The infection had swollen to the point that one of her eyes was completely shut, and Whinnall worried it might soon reach her brain. 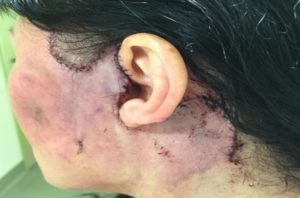 A plastic surgeon, who eventually corrected her procedure, had to take a large amount of flesh out of one-side side of her face.

Whinnall said she was told that the infection had been caused by a bug found in mud that formed due to dirty needles, used by the original Sydney practitioner.

Her face has never properly recovered from the damage caused by the fillers.

“It went from something so benign, from someone saying ‘hey you know you can fatten up your face a little bit’,” Whinnall said.

“It got worse and worse until it got really dangerous,” she said. 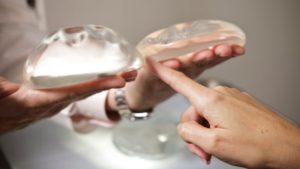 One of the most common beauty trends in the past year has been rhinoplasty, which involves sculpturing the nose using fillers.

“I’ve seen quite a few catastrophic complications of the skin of the nose being infected or scarred,” he said.

Dr Farhadieh advises against undergoing plastic surgery for an occasion like Christmas or New Year’s Eve.

“That is a recipe for disaster. This is serious stuff and the idea that you would rush into something because you’re about to go to a wedding or a big 21st is not a good idea,” he told 10 daily. 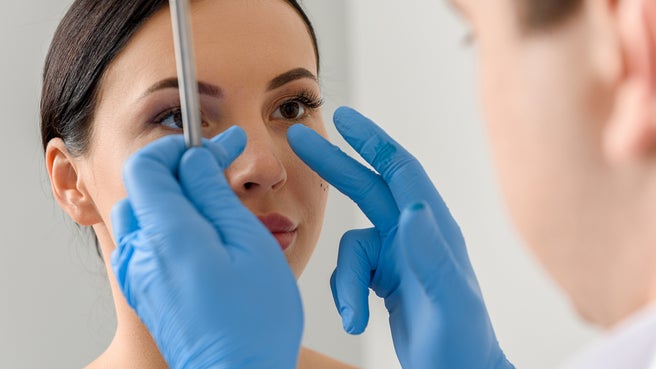 Dr Farhadieh has also operated on Rory Adams, who booked a liposuction procedure in Thailand after the death of her husband.

“I lost my husband a few years before and a part of the grieving process was that I just wanted to feel different,” Adams told 10 daily.

Adams said she ended up in agony, with grey fluid leaking out of her stomach and had to have her belly button removed. 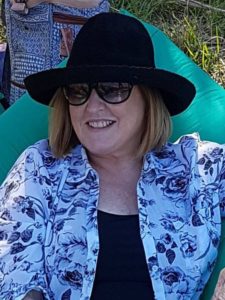 Three years later, the 68-year-old is still recovering from the botched job and said she has paid close to $50,000 for the initial surgery and correction procedures.

Adams’ claimed a doctor told her she was lucky to be alive, and that her kidneys didn’t fail after an inexperienced doctor’s patchy work.

“I felt like I had done many rounds with Mike Tyson,” Adams said.

When Adams returned to Australia, she said she struggled to find a surgeon that was qualified enough to fix such serious complications.

“The surgeons looked at me and wouldn’t even examine me, they just shook their heads. Eventually, I broke down in tears, I was in a lot of pain,” she said.

The allure of cheap plastic surgery done overseas is “not worth the risk”,  Adams warns.

“Don’t go. Seriously. You don’t want to make a mistake because when you return to Australia, you don’t know how difficult it is to find someone who can do the work, or try to get your money back.”