Tanya Gendle is fragile, strong, graceful, joyful and distraught as she sits on the precipice between life and death.

After being diagnosed with breast cancer in both 2005 and 2015, the disease returned again last year and spread to her liver. The super-fit personal trainer has endured chemotherapy, radiation, a double mastectomy, and tried a strict ketogenic diet.

But nothing is helping. The cancer spread to her skin last month. It is stage four. Terminal. She is now receiving palliative care in her home in Gungahlin. 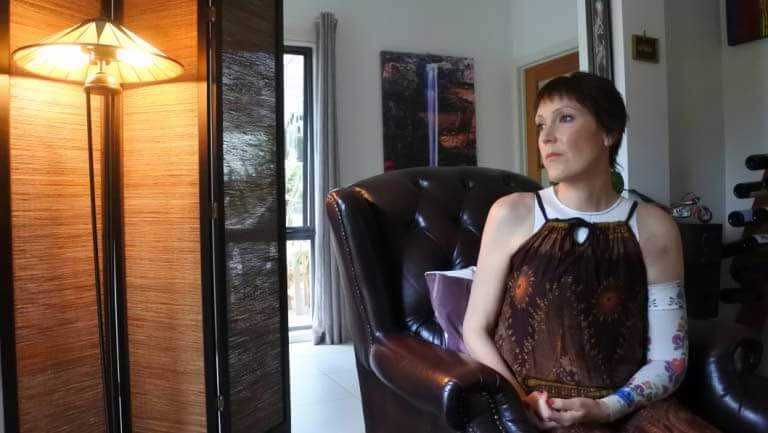 understand what’s going on. I think if I wanted to leave a message to people, it’s just to find a place of acceptance, because you can’t change it.

“What do I do for acceptance? I’ve worked a lot with a counsellor in that regards. I guess I’m lucky because even though I’m 40, I’ve lived a really full life.

“There’s been, like everyone else, difficult times, but the last 10 years of my life have been really good. And I don’t need to make amends with everyone, because I’ve done all that healing. And there’s nothing I have a burning desire to do because I’ve always done what I wanted to do.

“Like my girlfriend said, ‘Tanya, you’ve lived life in fifth gear’. And I have. I know I’ve done the best that I can.”

Ms Gillard, now chair of Beyond Blue, was as moved as anyone when told Ms Gendle was now in the final stages of her life, and spoke about the impact Ms Gendle had on her during her years in The Lodge. 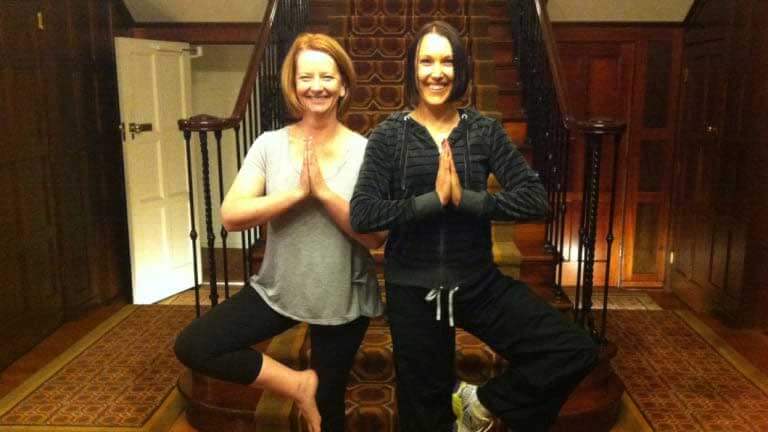 Then prime minister Julia Gillard at the Lodge with her personal trainer Tanya Gendle.

“Very early in the morning we would do yoga, box or other forms of training. Of course, the physical exercise did me good but Tanya’s impact was broader than that,” Ms Gillard told The Canberra Times.

“She is a free spirit with a huge capacity for empathy and caring. Our morning conversations became very important to me.

“Tanya decided to be a personal trainer as a result of becoming fascinated by every aspect of physical, mental and spiritual health following a fight with breast cancer as a very young woman.

“I am very sad her cancer has returned so aggressively. My thoughts are with her.”

It’s not as though Ms Gendle has not fought. Knowing she had the BRCA1 gene and was more susceptible to cancer, she had both breasts removed and then reconstructed in 2015 at Canberra Hospital.

The plastic surgeon who did the reconstruction, Ross Farhadieh,  was inspired by her strength.

“In practicing the art of medicine, I am constantly humbled by my patients. By their fortitude, their strength and their content of character,” Mr Farhadieh said.

“Some, like Tanya, leave a lasting impression from the beginning. Her resilience, her kindness, her sense of humour and her generosity of spirit remain inspirational.”

Ms Gendle found another lump in her breast in 2017 and underwent two more surgeries, more radiation therapy and dabbled with a ketogenic diet, hoping it would help. She took leave without pay and focused on having good times with her husband John de Ridder. She took part in a clinical trial of immunotherapy. But the cancer was unrelenting, attacking her liver and skin. It was terminal.

“I was devastated. I just don’t know what to do. It was the hardest diagnosis,” she said. 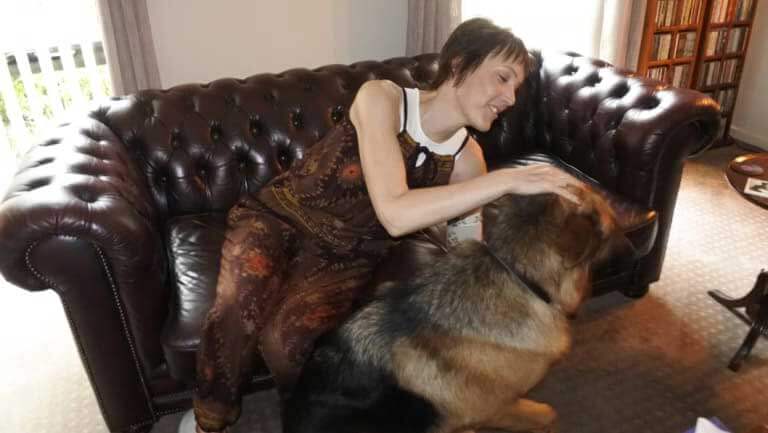 It was all the more cruel as last year she also qualified to teach student fitness instructors at CIT in Bruce, a long-held ambition. She taught for three terms, but had to stop because the pain was too much.

“I’ve had some students come to see me which is really beautiful because I only taught them for eight weeks,” she said. “You don’t realise the impact you’ve had on people in such a short time.”

The palliative care Ms Gendle is receiving is all about managing that pain.

She remains focused on living as she is dying.

“I know there are women out there, especially on the [online] forums who are trying so desperately and just can’t find acceptance, and when it gets to this part of the journey, when they’re dying, they’re busy trying to find the cure, rather than just enjoying the time,” she said.

“I’ve been off work since October and every day I’ve had people here. People just want to connect with me and it’s been really beautiful. Really beautiful.” She breaks down in tears. 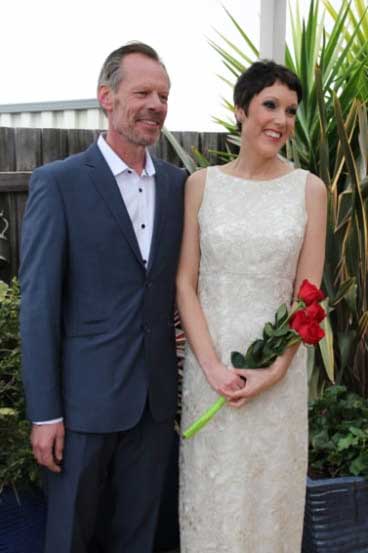 John de Ridder and Tanya Gendle on their wedding day in September, 2015.

“Last night we had a big party [for the Melbourne Cup] and we drank lots of champagne. So, if you can accept it, you can allow people to come to you and let them say what they want to say and let me say what I want to say to them. It’s been amazing.”

Her husband John de Ridder says he is trying to take each day as it comes and to support his wife as much as he can. He does not want to dwell on the inevitable.

“When I start to think about her not being here, I’m heartbroken,” he said.

Ms Gendle says she is taking comfort, in her own time and in her own way.

“I will miss people, the physical side, but I have a strong belief in the after-life,” she said.