Tatiana Steel realised early that she’d been born in the wrong body, by age five or six.

She underwent breast augmentation surgery in Sydney earlier this year, and after more than 35 years, her inner and outer selves are at last in some kind of harmony.

Steel is one of many Australians who’s experienced or is experiencing gender dysphoria (GD), where the sex assigned to her at birth – in her case, male – was at odds with the gender she knew she was.

“It was not, to say the least, a happy discovery,” Steel writes of her childhood epiphany in a pre-surgery reflection she shared with 9Honey.

“Boys and girls are roles you are born into and any deviation results in swift correction, usually accompanied by shock, disgust or derision.”

Tatiana Steel was told from birth she was male, but secretly and painfully struggled to accept a description she knew didn’t fit her. (Supplied)

According to Melbourne’s Royal Children’s Hospital, around 1.2 per cent of Australian school children (around 45,000) identify as trans or gender diverse. Adult statistics are harder to pin down (ABS gender reporting only changed for the first time in the 2016 census), but one survey puts the figure at around 1.8 per cent of the population.

What is clear is that transgender Australians face a disproportionate struggle with mental health.

Those aged 18 and over are nearly five times likelier than the general population to be diagnosed with depression, and 11 times likelier to attempt suicide. And for those experiencing gender dysphoria (which not all transgender people experience), the psychological burden can be especially heavy.

“These people live in discomfort because of the way they are treated by society,” he tells 9Honey.

“Stigma forces many of them into the peripheries, denies them basic rights and pursuit of happiness.” 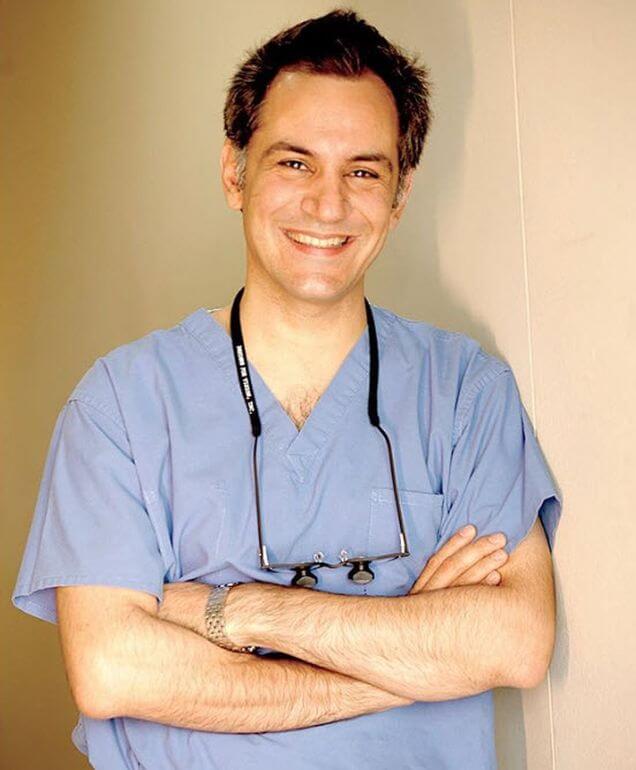 Dr Farhadieh believes misunderstanding and lack of education are largely to blame for the prejudices and biases he’s seen those with gender dysphoria face on a daily basis.

“I’ve seen a few of these patients, and I’ve spoken to them, and my heart goes out to them.

“I can’t imagine they woke up one morning and said, ‘I want this’, because it can’t be an easy path to tread.”

Steel’s path, certainly, has been a difficult one.

She tried to cope with the isolation of her teens and twenties by drinking heavily, and regularly struggled with suicidal thoughts.

These, she explains to 9Honey, manifested in two ways.

“Firstly, the pressure of being an imposter is almost unbearable. I felt that I was playing a role every moment of my life. Even when alone…

“Imagine the pressure of being on guard constantly. Whether rational or not, the fear of being discovered, and outed, to borrow a LGB term, felt worse than dying.”

“Secondly, the lack of hope – of change, of being myself. I never dared to think I would transition back then… [it] brought my self-hatred and destructive urges to the fore.”

Steel married just before she turned thirty, still in her former identity.

She became a father to her then-wife’s child from a former relationship, and the couple had two children of their own. But the issue of her gender was constantly fraught, and the marriage slowly disintegrated. 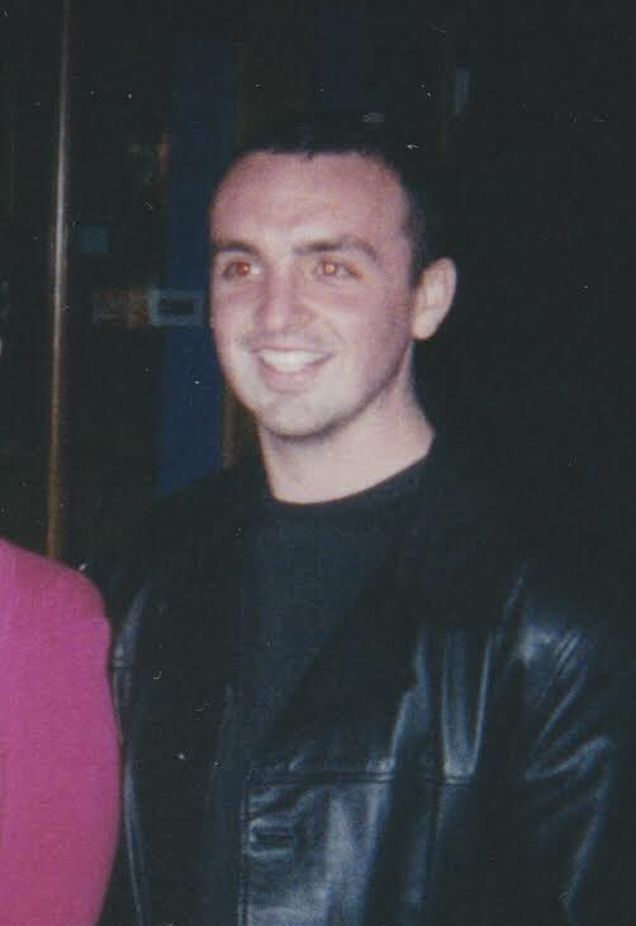 ‘I felt that I was playing a role every moment of my life. Even when alone.’ (Supplied)

The turning point came in the form of a personal health redux, around Steel’s 40th birthday. She joined a gym, shed 20kg, and for the first time, felt proud of her body.

She also met a crucial ally at the gym, a woman who, first as a friend and then romantic partner, encouraged her to embrace the identity she had tried to tamp down for so long.

Steel went to a GP and then a psychologist, and began hormone therapy to begin her transition.

During the first few weeks I felt so accepted and loved that I literally cried tears of joy.”

In January 2017, she found the strength to come out to her eldest daughter, and told her two younger children (now in shared custody) a few months later. After from some initial fascination from the younger kids, they all took it in their stride.

“There was no open hostility from anyone who wasn’t previously hostile to me beforehand.” 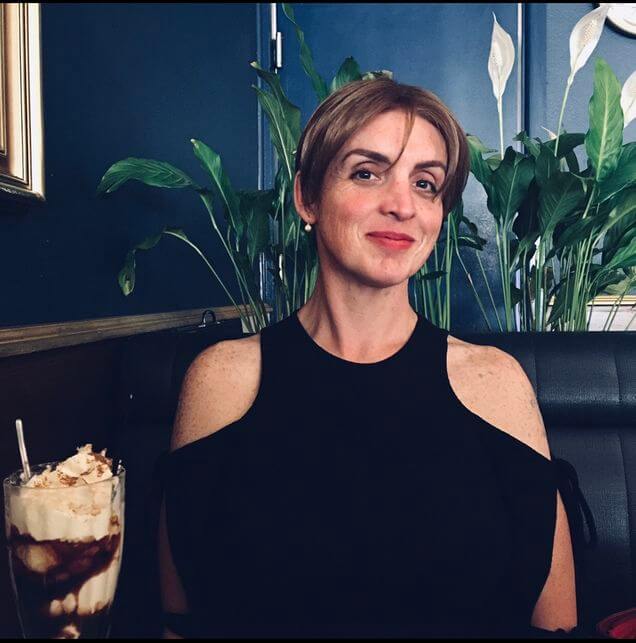 Steel’s physical, mental and emotional transition into her true identity has been a long and challenging journey. (Supplied)

And while that relationship with the woman from the gym didn’t last, Steel says the support it gave her was life-changing.

Dr Farhadieh agrees support make all the difference. Before locking in the procedure, he consults with the patient’s GP, mental healthcare provider and family.

“This is not having a haircut,” he says, pointing out that even though a patient may be transitioning into a body they’ve ‘always known’, it’s still a huge change for anyone’s self-image.

“What’s important is that when people go through these changes, as much support as humanly possible is offered to them.”

“That procedures are not just done in isolation between surgeon and patient; that everybody is brought in – so everybody takes ownership of supporting this person through their journey.”

Gender reassignment surgery can be broadly divided into three stages: the aforementioned hormonal treatment, then breast augmentation (or removal, for female patients transitioning to a male body), then genital reassignment. (These are often complemented by other procedures such as rhinoplasty, liposuction and hair alterations.)

Not everyone opts for the genital operation – which Dr Farhadieh suggests is partially due to a lack of services in Australia – but Steel plans to complete it when finances permit.

“Neither of these operations are things I take lightly,” she writes.

“I consider them both to be far more than cosmetic, they are both affirmations of who I am meant to be. I don’t put myself under the mental or financial pressure that I am under for no reason.”

Her breast augmentation surgery was no different, Dr Farhadieh points out, to thousands performed around Australia every year.

(Practices set their own fees, but Dr Farhadieh suggests a ballpark figure between $10,000 and $15,000 is standard for breast augmentation in Australia.)

For Steel, he says, it was “an outstanding aesthetic outcome”.

“Her and her partner’s happiness made it the best surprise for me.”

Afterwards, Dr Farhadieh insists on regular and then annual post-operative check-ups, to keep an eye on recovery and watch for possible complications over the long-term.

“I am fortunate that I have an excellent relationship with my patients,” he says. 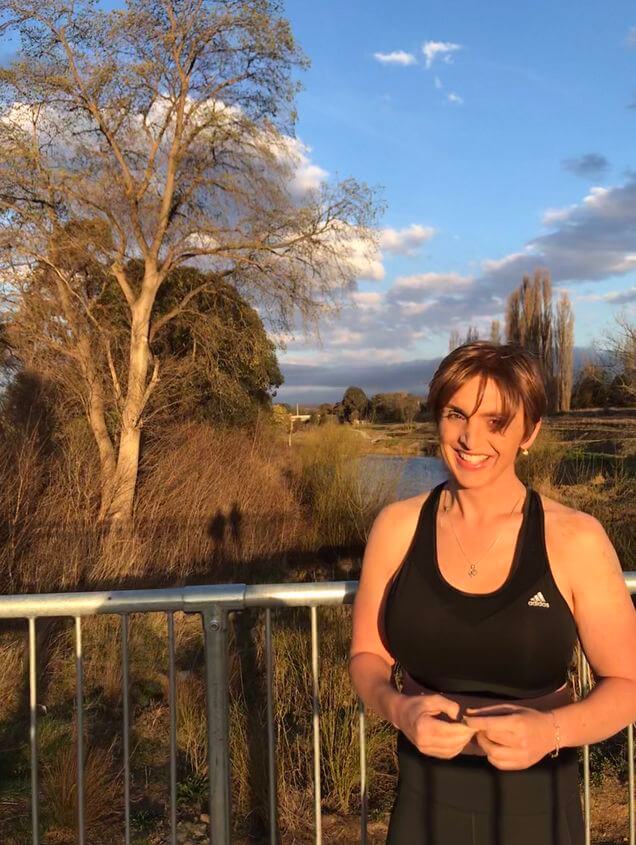 “I have always felt it a privilege to be taken into their confidence and for them to share their lives with me.”

If there’s one thing he wants those experiencing gender dysphoria to know, it’s that they’re not alone.

“There is support out there – don’t be afraid to ask for it, and good luck.”

Steel, meanwhile, is calling for calling for more accessible pathways and support systems for those transitioning.

“I am not pushing for hormones and surgeries being flung around like confetti, not at all,” she writes.

“I am calling for a definitive, easily accessible branching pathway for trans people. Psychological and physiological support for people of all ages, with options as opposed to forced decisions.

“Transitioning is a maze that should be bulldozed into a straight line.”

Visit The Gender Centre for more information about resources and support for the transgender and gender diverse community.

Share your story by sending an email to [email protected].