What is a Melanoma?

The very term is enough to strike fear in anyone, but what are Melanomas? How do we diagnose them? What is their management? Is the future for treatment looking better? Let’s start from the top.

Melanoma is a form of skin cancer that originates in cells knows as melanocytes. These cells are derived from a layer in the embryo call the ectoderm (outer layer). The embryo is a disc made of three layers. In general, in the basal layer of skin, which rests on a protein called the basement membrane, every 10-12 cells is a melanocyte. The rest are basal cells capable of proliferation and self-renewal.

Back to melanocytes, these cells produce the pigment in our skins. In fact, despite our various shades of skin colour their numbers and proportions remain the same across ethnicities. What is different is the amount of pigment they produce. Although less common than other non-melanoma skin cancers such as BCCs and SCCs, so called Non-Melanoma Skin Cancers (NMSCs); it is more deadly since it may spread more rapidly and unpredictably to other organs when not treated in an early stage.

It is the fifth most common cancer in men and the sixth most common cancer in women in the USA, and results from an unidentified interaction between mutations in various genes and a combination of inherited factors with environmental factors. The main environmental factor which causes melanomas is solar ultraviolet radiation. Australia and New Zealand have the highest incidence rate of melanoma, with 27.3 to 55.8 in 100,000 men and 23.4 to 41.1 in 100,000 women. Melanoma can occur at any age; however, it is rare to appear before the age of puberty, with most diagnoses occurring between the ages 45 and 55, but with a noticeable increase in incidence after the age of 25 and before the age of 50.

As mentioned above, the main environmental factor that causes melanoma is from solar ultraviolet radiation. It has also been reported that those who have experienced severe burns in their childhood are at a higher risk of developing melanoma at a later age. Additional to environmental factors, other risks include iatrogenic exposures (i.e. caused by medical examination or treatment) such as immunosuppressive agents and non-steroidal anti-inflammatory drugs, which have been studied as a potential additional risk factor. Some genetic conditions are also known to be associated with Melanomas, but they are relatively rare.

Melanoma generally appears as an irregularly pigmented lesion with an irregular border and tends to grow and change over time. They are often diagnosed in the later stages, often as large, thick and ulcerated lesions. In patients who have had a previous melanoma, there is a significantly higher risk of having a second melanoma, and hence requires scheduled skin examinations at regular intervals for detecting possible skin metastasis.

To aid in detecting melanoma in earlier stages, the ABCDE criteria was created. It consists of 5 categories;

As with basal cell carcinomas (BCCs) and squamous cell carcinomas (SCCs), the definitive diagnosis of melanomas is from histology reports following a biopsy to determine whether benign or malignant. This means having a tissue sample that would give us an idea of architecture including presence or absence of the invasion of the basement membrane. Melanomas are defined in terms of prognosis, most significantly by their thickness. This measurement is called the Breslow’s thickness. It has evolved over the years. Currently it is divided for the Tumour (T) staging into 5 major stratifications.

Each stage is subdivided to ‘a’ or ‘b’ by presence or absence of ulceration. That is to say, T2a vs T2b for example, the ‘b’ subtypes being more advanced. Tumour staging usually follows what is called T (Tumour), N (Lymph Nodal), M (Distant Metastasis) classification. Sentinel node biopsies help us in most cases establish better staging and prognosis. They are not therapeutic measures, but prognosticators (help determine overall outcome). This means applying to forms of dye, one nuclear (so radiation trace can be picked up) and the other a patent blue dye to the site of the tumour. Then mapping its drainage to a single or multiple draining lymph nodes, the so-called ‘Sentinel nodes’. This helps determine how advanced the disease is at the time of diagnosis.

When skin lesions are clinically suspected of melanoma, often the patient is referred to an excisional biopsy performed by a surgeon (a simple procedure that can be done under local anaesthesia). it consists of the removal of the skin lesion and approximately 1-2mm of its surrounding area. Excisional biopsies allow for an accurate histopathological diagnosis of the lesion, which then provides the necessary parameters to determine the best plan regarding therapeutic strategy.

In general, superficial biopsies and any other type of laser or diathermocoagulation should be avoided as it does not allow for accurate pathological staging. This then delays the diagnosis of potentially malignant lesions.

Sentinel node biopsies as mentioned above help the overall clinical picture. The excision margins may be as wide as 2cm or as narrow as 5mm for some in situ tumours. The choice of reconstruction depends on the anatomical site, as well as patient factors.

In recent years, biological agents unleashing the body’s own immune system have transformed treatment of more advanced melanoma. Perhaps one of the most famous patients is the former American President Jimmy Carter who has had a metastasis to his brain treated successfully. The future is pregnant with hope that this scourge in our sun-drenched country may one day be eradicated. Until that day comes, the best way to preventing melanomas are by avoiding the sunburns, especially during high UV hours such as midday. Prevention methods include wearing sunscreen all year round as well as protective clothing. 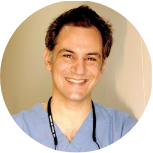