For detail information on how you can benefit, contact Dr. Ross Farhadieh.

Women who need a breast reconstruction after cancer are being asked to consider being referred to the plastic surgery department at the Canberra Hospital where they can have the procedure done for free rather than going through the private system and paying $20,000 or more.

Canberra plastic surgeon Ross Farhadieh, who also works in the public system, said he and his team were doing two to three publicly-funded breast reconstructions a month at the Canberra Hospital. 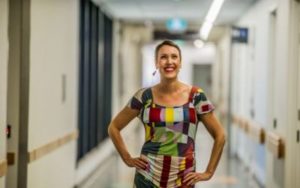 But with the right resources and funding, they could do two to three a week, such was the potential demand from women who could be using the public health system.

Mr Farhadieh said some women were paying as much as $20,000 to private plastic surgeons when there was no need. 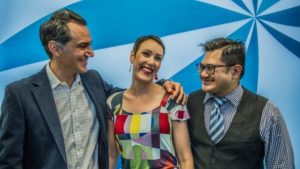 “Whether it’s their GP or general surgeon they are being referred to private surgeons who quote them fairly astronomical prices,” Mr Farhadieh said.

“I’m not saying this is not what it’s worth, but the public service also offers this and offers it at the highest level.

“Patients shouldn’t have to take out loans, as has happened when they’ve had these reconstructions done elsewhere, in a different city, with no support, when we can do it here.”

His colleague, registrar Dr Ajay Sud, said there was no reason why women could not be referred to plastic surgeons working at the Canberra Hospital.

“Women are often surprised they don’t have to pay for it. They don’t realise this is a publicly-funded service and they’re delighted when they realise the truth,” Dr Sud said.

Mr Farhadieh said the Canberra Hospital had the potential to do far more breast reconstructions.

“If I have operating theatres and resources, I can do two a week,” he said

“Given the right resources and multi-disciplinary setting, we can do this.

“Either they send them privately or they do their own implant-based reconstruction so the patient never has the opportunity to have a discussion with a plastic surgeon about what it is that we do. I mean, this is our bread and butter.”

Mr Farhadieh said there was good scientific evidence that patients benefited from having a breast reconstruction at the same time as they had their breast or breasts removed, easing some of the trauma.

They could have implants or they could have breasts constructed from their own tissue, taken from the stomach, essentially giving them a tummy tuck as well.

It was the same kind of work he did as a matter of course in his private cosmetic surgery practice.

“If you do them well in a cosmetic setting, you understand what the cosmetic requirements of a woman are. It’s not just a lump on a chest. It’s actually having a breast that looks like a breast,” Mr Farhadieh said.

“It’s about taking care to create something that is aesthetically pleasing, not just something you pop in a bra.”

Gungahlin woman Tanya Gendle said she was diagnosed with breast cancer in 2005 and again in 20015, discovering she had the BRCA1 gene, making her much more likely to develop the disease.

The 38-year-old wine rep had both breasts removed and reconstructed with implants at the Canberra Hospital in late 2015 at no cost.

“I had no idea it could be done on the public health system. I had heard whispers because of the BRCA1 gene, that it could be covered. I’d also heard rumours that if I had the double mastectomy at the same as the reconstruction, it would be covered by Medicare,” she said.

Ms Gendle said she was “very nervous” about having the procedure done because she’d been on many online breast cancer forums and “it seemed like women either had a great experience or a not-good experience, very 50-50”.

Her doubts were dispelled when she was referred to Mr Farhadieh who gave her a comprehensive presentation, as all patients received.

“He left no stone unturned. He didn’t sugarcoat the procedure either,” she said.

Ms Gendle said the surgeon gave her great confidence in his thoroughness and care.

“I’m forever thankful for that and I’m really thankful it was covered by Medicare because I don’t have private health,” she said.

With her health now good, is she also happy with the results?

“Absolutely! I have Hollywood breasts,” she said, with a laugh. “They’re a little bigger than before. There have to be some perks.”

This article was first published in the Sydney Morning Herald and also in The Canberra Times.

The first reported case of a patient with anaplastic T-cell...