Home | FACELIFTS: ALL YOU NEED TO KNOW

THE SIGNIFICANCE OF A PERSON’S FACE

The face is central to a person’s identity, and is the most defining feature of a person’s appearance. A person’s identification of self, their psychological wellbeing and, indeed, their life, revolves around their face. A person’s self-image and self-esteem are powerfully influenced by their appearance. The way people are judged and treated by others, whether supportive or discriminatory, is largely determined by others’ perceptions of their character and personality. People requesting a facelift have experience of this. This aspect places a significant responsibility for the patient’s future psychological wellbeing in the hands of the facelift surgeon.

The longevity of the result is another factor, however this is usually less of a priority in the patient’s mind when making the decision. Balanced against this are the surgeon factors that determine the selection of which of the multiple tissues layers of the facial structure should be the foundation for a patient’s facelift. In reality, the surgeon chooses the ‘most appropriate facelift technique’ for this matrix of factors.

This remains the most common early postoperative complication of facelifts. Correct treatment of haematomas is required to avoid secondary consequences of skin necrosis, prolonged facial oedema or pigmentation.

All facial motor nerve branches are considered at risk during facelifts. Permanent facial nerve injury is a major complication and fortunately rare. Most nerve injuries recover during the postoperative months.

Skin hyper- or hypopigmentation, hypertrophic and keloid scarring are possible general scarring complications. Earlobe distortion and temporal hairline deformities are consequences of incision design error and traction from excess skin tension, as are loss of hair and scar widening.

Infections are not a problem in facelift surgery and occur in less than 1% of cases.

GETTING A FACELIFT BY DR FARHADIEH

When you are getting your facelift operation, a hairline incision is usually made in front of the ear, extending behind it in order to gain access to your face. The underlying facial structures, including the fascia and shifting soft tissues, are connected to the underlying bones by an intricate system of ligaments. In order to achieve a more balanced and youthful appearance, it is necessary to surgically manipulate these structures. If you are getting a revision facelift surgery, the process may vary slightly as it’s a slightly more complicated procedure.

The eyelids can also be addressed during this process as well, if the patient wishes them to be. If you are also getting a neck lift, an incision will be made underneath the chin in order to make it as hidden as possible.

This operation is performed while you are under general anaesthetic and requires admission for one night. Most of our patients are discharged the next day. Although this operation does involve some bruising and swelling, this should be mostly gone after 10-14 days. This is when the majority of patients go back to work, although it is possible to do so just a few days after your discharge from hospital. On days 5-7, you will be required to be seen at Panthea’s Sydney or Canberra clinic in order to have your sutures removed and have our team perform a postoperative assessment.

This varies from patient to patient. The majority of swelling resolves within the first 7–10 days. Most patients are out and about by the end of the second week. Any remaining swelling is usually gone within 4 weeks. 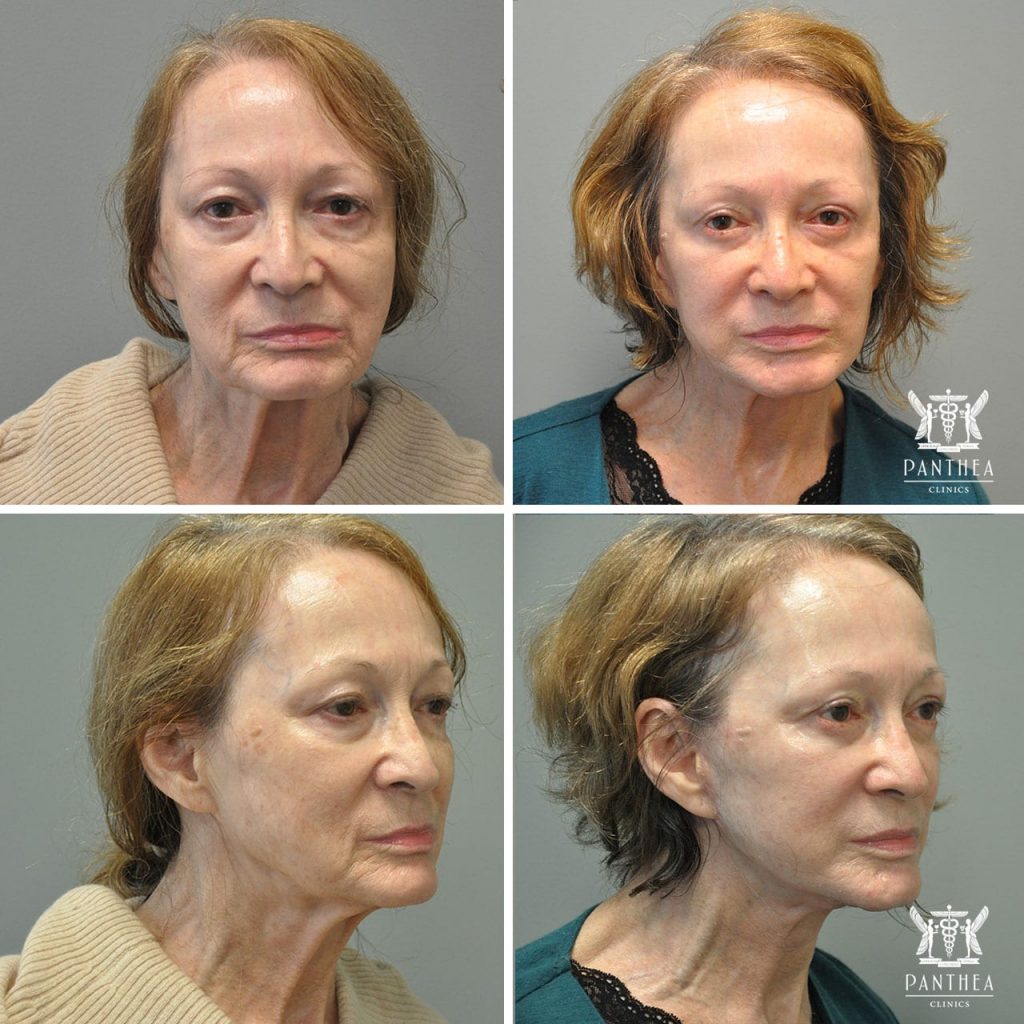 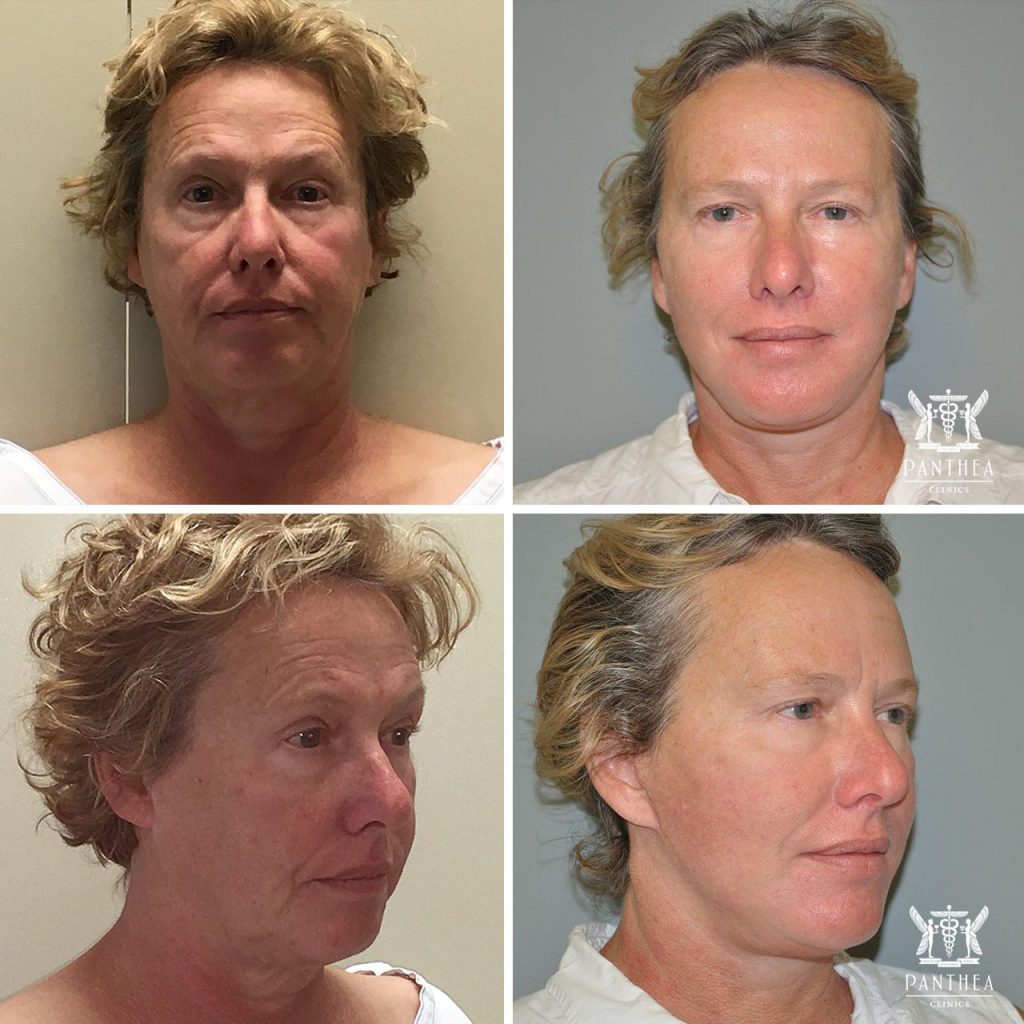 Composite sub-SMAS Facelift and neck lift surgery at 3 months in a 56 year old. 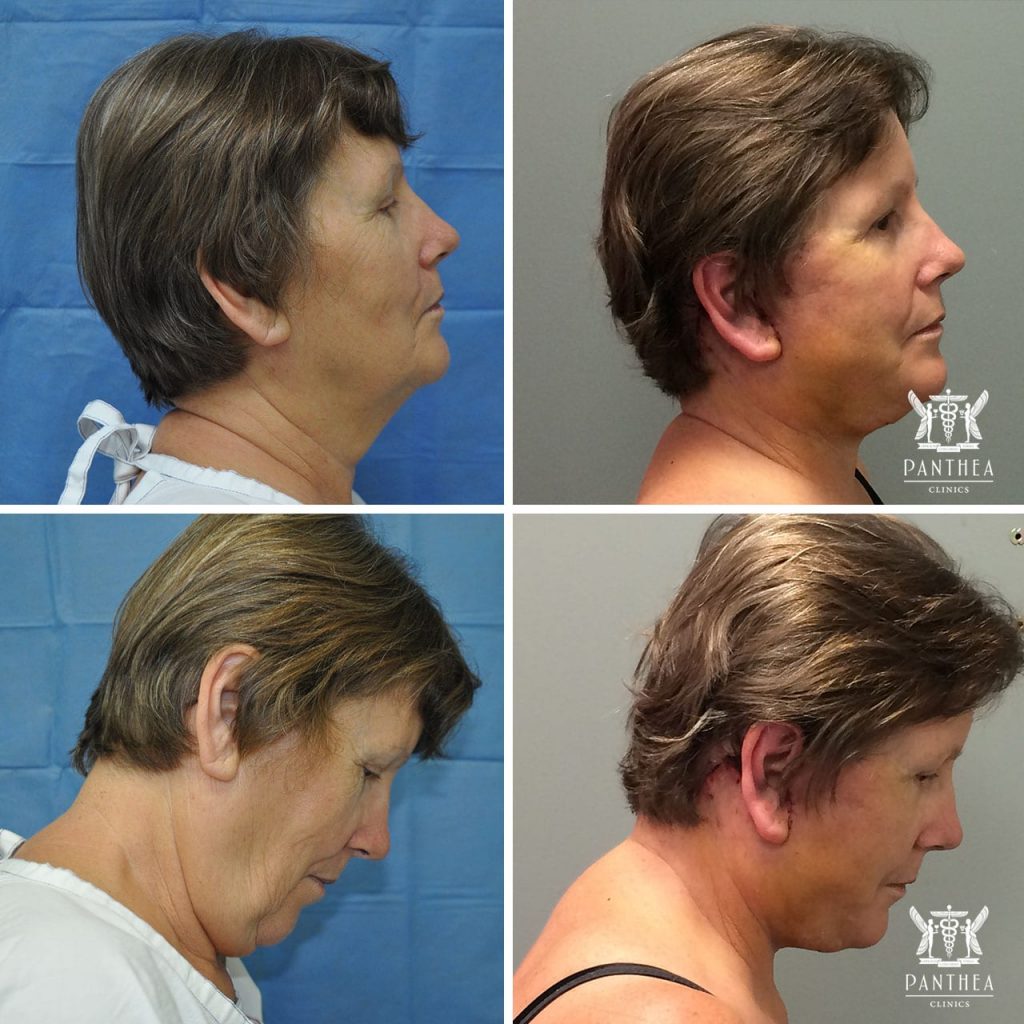 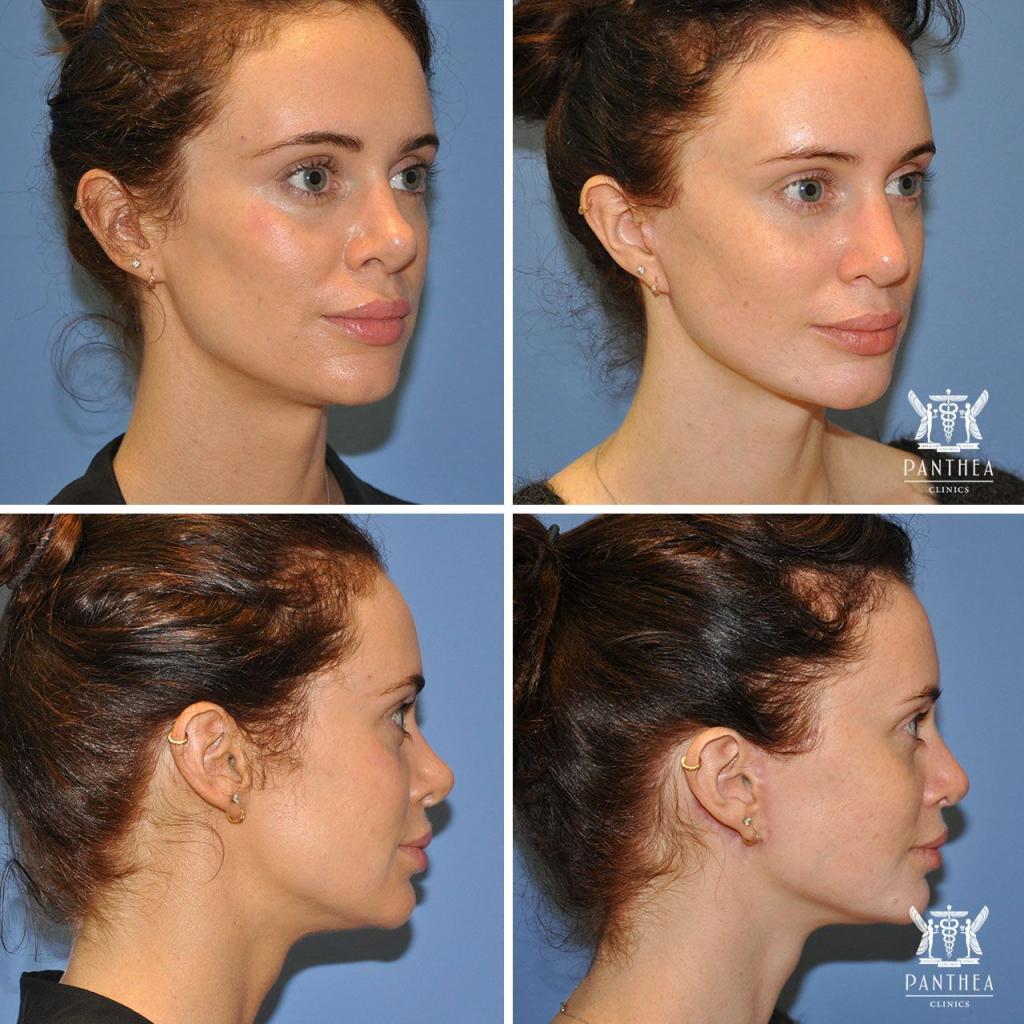 Julie Luezzi was only 49 years old when she was...